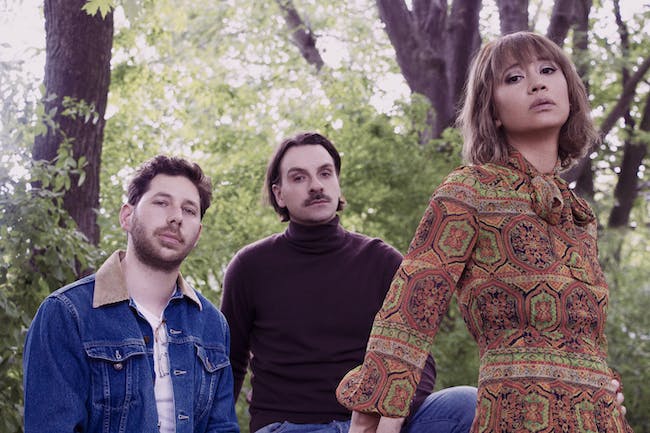 ***In the interest of public health, Le Couleur has CANCELLED their May 2nd show. Refunds available at point of purchase. If purchased via credit card, refunds will automatically be issued to the card you used to purchase tickets within 30 business days.***

Le Couleur polished their sound until it shined as bright as the late Studio 54's spotlights with EPs Voyage Love (2013) and Dolce Désir (2015), and then P.O.P. (2016), their critically acclaimed debut album.

Thanks to precious advice from Giorgio Moroder, with whom the band had the opportunity of sharing the stage, Le Couleur recorded their new album adopting a completely different approach.

Concorde takes its name from the legendary Franco-British airplane from 1965, nicknamed the "beautiful white bird" for its sleek and modern design. This avant-garde project that ended in tragedy has always held a certain fascination for Laurence Giroux-do; a deadly "crash" that inspired in her a sense of macabre sensuality.

Lord Lewis the Velvet Knight is an avid record collector, vinyl DJ, and host of the legendary Rumpus Room radio show on WESU, which has been on the air since 2002. He is one of CT’s premier deep cut selectors and his radio show, one of the hidden jewels of non-commercial CT radio, is unrivaled for its musical curation, primarily showcasing and breaking the best from the contemporary deep funk, soul, jazz, afrobeat, world, reggae, dub and dance underground that ranges from US based bands to international in scope – as well as classic rare groove and exclusives. A connoisseur and impeccable tastemaker whose show is truly a one-of-kind journey deep into multiple underground music scenes.

His monthly DJ residency called HEATERY happens on the last Sunday of the month at the Firehouse 12 Bar in New Haven from 9-close.