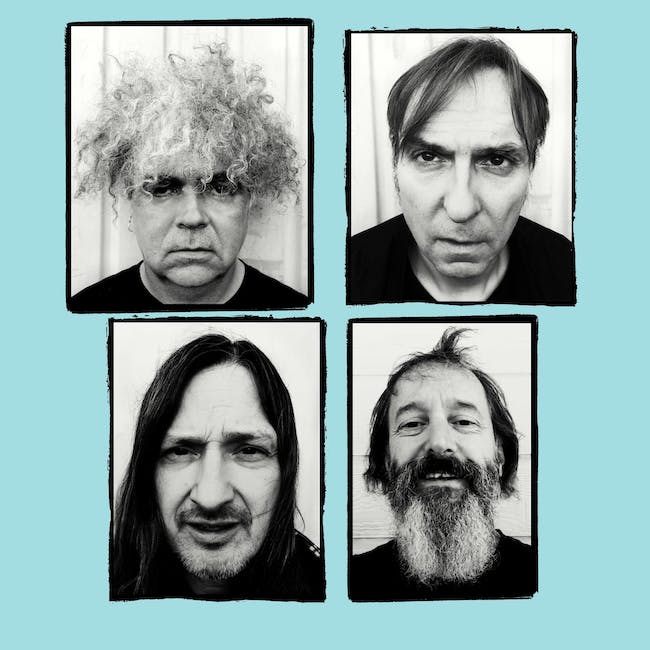 It hasn't been a year since the last bona fide Melvins album but nonetheless, slated for release is yet another album... However, this here new one is actually a RE-release of the classic Melvins record "10 songs". Of course the NEW one has a NEW super deluxe cover and has been expanded to 26 songs. That's 16 more than the original! The record even includes a secret recording of one of their hometown buddies out of his mind on Angel Dust. This added historical window should fully explain their origin and current message in a way never before captured on record.

Even if this reissue is 16 years old you can rest assured this record is up to date! If you get this record you can know there is nothin' or nobody ahead of you. Nobody knows nothin' that you don't know. All the cards are on the table friends and that's a fact!

Redd Kross have always been too good, too perfect, too true, to believe. Mythic. Could this tuneful hardcore punk EP really be the work of a brother band with the 15-year-old on vocals and guitar and the 11-year-old on bass? Did Redd Kross really open for Black Flag? Could Jeff and Steve really have been born and raised in the Beach Boys’ hometown of Hawthorne, California, and did Jeff really see the Beatles live in 1966? Did one of them, dressed in Gene Simmons makeup, really kill a Bruce Springsteen impersonator onstage? Is that really their hair? Could Researching the Blues, their first studio album in 15 years, be not just the hottest thing since Cher went solo but the best start-to-finish Redd Kross record ever?

Somehow, the answer to all the above is improbably, wonderfully, beautifully YES. Long have Redd Kross rocked, and long have critics, devoted fans, Rodney Bingenheimer and fellow musicians from Seattle (Nirvana) to New York (Sonic Youth) to Driftwood, Texas (Butthole Surfers) to Hollywood (everybody) bowed before the Kross and their self-aware pre-spandex Glam bubblegum garage psychedelic Cheap Trick/Kiss/Revolver post-Kim Fowley rock and roll. Degenerate, sweet: tongues in cheek, song-long winks.