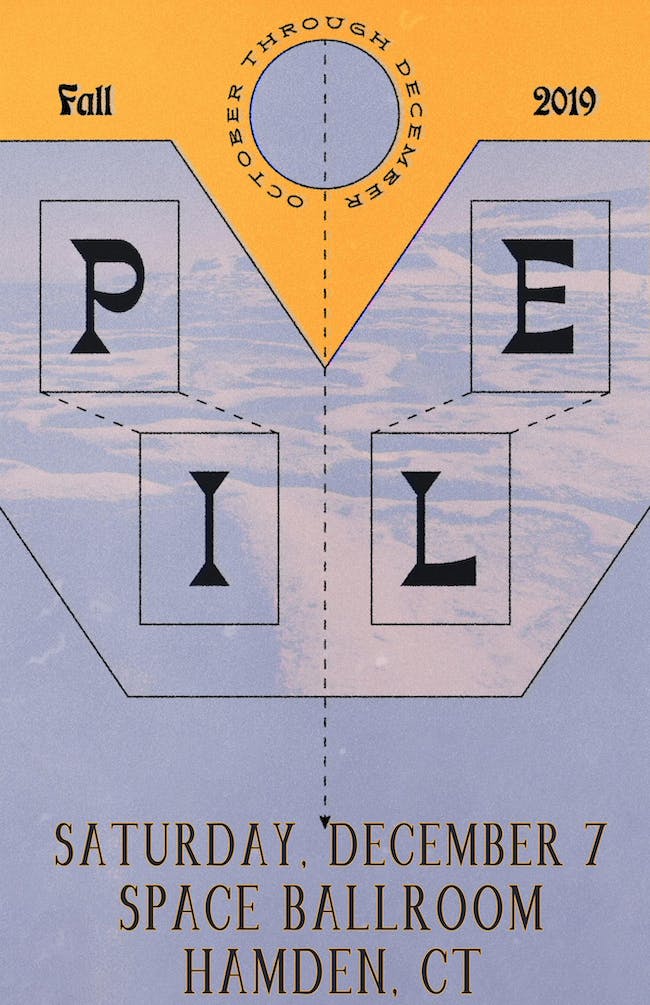 From their earliest days as the solo project of frontman Rick Maguire, Pile have followed an unusual path through a decade in which rock bands have generally receded from the cultural spotlight. Starting out in 2007, in the then thriving Boston DIY scene, the band rapidly became heroes and standard-bearers for their hometown’s music community, garnering a cultish-adoration that has only intensified as that cult has grown, expanding by word of mouth along the Eastern seaboard and across the country over 10 years that have seen 6 full length albums and 100s of shows in basements, bars, punk houses and clubs.

After releasing 2017’s critically lauded debut Loom, Connecticut-based Crag Mask took their future into their own hands. That spirit of freedom is an undercurrent in all of the band’s music.  Twisting and turning, Crag Mask’s sound defies conventional boundaries, veering in and out across a range of genres.

What started as a solo songwriting project for Abramo, Crag Mask has become a full, ambitious band. The band’s current line-up is a dream team of Connecticut talent: Abramo plays in Vundabar, drummer Jason Rule is one of the songwriting forces behind Queen Moo, and bassist Phil Lord played in the local-favorite post-hardcore Mt. Meridian.  The recent addition of Zayne Couch on guitar and synthesizer fleshes out the band’s core sound with new layers of subtlety. Together, the band’s wide array of influences and backgrounds makes their music -- and live performances – an exciting mix of thoughtful composition and fierce action.  The willingness to embrace this duality has made Crag Mask one of the most exciting bands to follow in the northeast.

2019’s Bend represents a new step forward for Crag Mask.  Recording and mixing the album themselves, rarely has a band sounded so fully-realized.  With idiosyncratic guitar riffs and song structures, the band’s music traffics heavily in melodies, intense breakdowns, and beautiful interludes.  From the crowd-pleasing “Secret Plane”, to the tumultuous “Old News”, to the dark ballad “Downer”, listeners will find plenty of surprises in store for them throughout Bend.  That restlessness is also made manifest in Abramo’s lyrics, which come from adversity: “I come from a very poor background, and it’s really hard to find other people in the bands in our circle who have struggled,” he states, “I’m talking about the kind of poor where your childhood home gets foreclosed.”

Crag Mask spent the summer of 2019 touring in support of Bend, which is available on vinyl LP, CD, cassette, and digital download.

The Fiction Kids is a post-punk band from New Haven CT. It consists of Kuki Kooks and Alexa Ambrose. They used to play together as the backbone of Laundry Day, bassist Kooks digging Alexa’s drumming from day one. They always complimented each other about how they'd love to get together in a different format in the future. Fast forward a couple years, Alexa ended up not playing with anybody anymore, and Kooks has a dozen songs that need playing for a show. With the help of Sam Carlson (Ports Of Spain, Laundry Day, S.G Carlson) on bass, The Fiction Kids began playing around town.

They’re in the process of recording their debut LP Souvenir this year at Sans Serif Recording Studio with Sam at the helm.