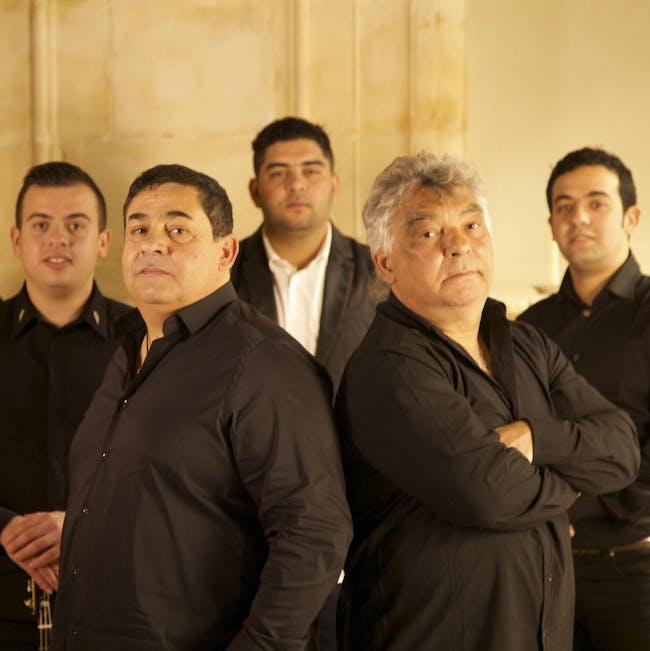 This event is fully reserved seated on the Floor and in the Balcony.

Every online ticket purchase comes with one (1) digital download of The Gipsy King’s upcoming live album release, title TBD. US residents only. One album download per ticket.

Melding deep-heated flamenco, rumba, salsa and pop to the tune of 20 million albums sold, the Grammy Award-winning hit-makers behind 'Bamboléo' celebrate in their very own, blistering tradition – taking audiences back to the south of France with flamenco guitars and booming Spanish vocals.

Uniting the family Reyes and the family Baliardo, the band continues a tradition that has drawn famous fans such as Picasso, Cocteau, Dali and Chaplin. From playing on the streets of Cannes and the hedonistic heights of St. Tropez, breaking world music barriers as one of the rare groups to climb the US and World music charts. Featured in the likes of The Big Lebowski, Toy Story 3 and Glee, the band has embraced western classics by Bob Marley, the Doobie Brothers and The Eagles with globe-hopping grace, whilst also incorporating dramatic cues from Brazilian and Caribbean culture.

Now bringing the party back to the United States this summer, The Gipsy Kings will raise the roof with dance-ready furor, returning to their groundbreaking eponymous album and the nomadic spirit that has led them to their latest work, Grammy Award-winning album Savor Flamenco – giving audiences the 'deep shout at the heart of our community'.

Vilray (vill-ree) is a composer and performer from Brooklyn. He sings and plays guitar in NYC and around the world.

His duo with Rachael Price (of Lake Street Dive) is called Rachael & Vilray. Their close harmonies sung into a shared microphone turn venues of all sizes into intimate parlor concerts. They’ve performed at the Newport Folk Festival and Lincoln Center’s Appel Room, among other legendary stages. Their debut self-titled album will be released October 4th on Nonesuch Records.