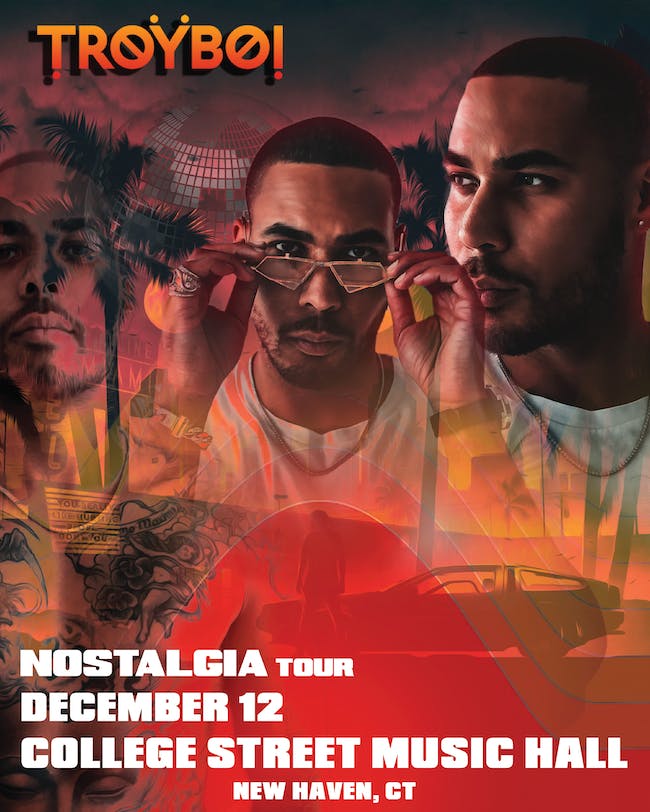 One of South East London’s most closely guarded secrets has recently emerged from the shadows and is set to take the music industry by storm. Known only as TroyBoi, this multi-talented musician recently signed to Timbaland’s right-hand man and US Super Producer, Jim Beanz, things are heating up faster than ever! Producing a wide variety of genres, but specializing in extraordinarily unique, versatile, and highly musical trap beats, TroyBoi is without a doubt one of the top up-and-coming producers in the game right now and it’s quite clear from his composition that his influences are vast indeed. He is also one half of the Producer/DJ duo SoundSnobz with one of his best friends, icekream and together they craft the most creative and daring audio paintings you’ll ever listen to. Buckle up and get ready to be taken into the world of TroyBoi because once you are in, you will never want to get out.

Every once in a while, an artist comes along who causes us to pause for a moment and wonder, “Why in the hell do we even have genres?” Los Angeles–born, Vegas–satelliting Yultron is a musician of such versatility whose path more resembles the forked blaze of a lighting bolt than any sort of linear progression. Cutting his teeth via classical training in piano and violin as a lad, he moved on to rock groups in college, rap/hip-hop collaborations with YG & Honey Cocaine, and his own now-infamous early experimentation blending alternative hooks within hip-hop frameworks (Skywalker mixtape, 2013). Indeed, role descriptors need to be reshuffled to describe this multitalented emcee, remixer, straight-up rapper, producer, and DJ who has of late turned to address EDM full-time, never deviating from his original operating premise: “Why not create something that hasn’t been done?”

Having only produced for three years, Yultron has also gained support from veteran acts such as Flosstradamus and Jack U who play out his songs in major festivals around the world. his variety of taste in production ranges from bass music to electro house and his integration of all these different genres translates in his live shows as well. From Fall 2016 into Winter 2017 Yultron toured around the USA and Canada on the Marshmello tour as well as the Getter, Snails, Slushii while simultaneously heading his own shows around the world. Yultron had his own slot at Storm Music Festival. Yultron’s first release of 2017 “Make Electro Great Again” was added to many notable Spotify Playlists and is on course to reach 1.6 million streams soon. Yultron also has some major releases coming up this year including a single with Insomniac Records and consecutive releases with Spinnin Records featuring Bone Thugs and Jay Park and the other with Snoop Dogg and Elly from the J Soul Brothers.

Argenil is an EDM duo based out of Bangalore, India, consisting of producer and percussionist Rohit Gandhi and Guitarist and DJ Anil Prasad. Merging their loves of performance, production, trap, and hip hop, these two friends decided to form their very own live act duo who do things completely out of the box. They consider their music to be Hindustani Trap with the use of Indian instruments taking from influence of different cultures and ethnicities.They pride themselves on not limiting their sound allowing for a more vibrant and eclectic sound. With influences from artists such as Big Gigantic, Goldfish, Troyboi, Nghtmre, Rl Grime and many more.