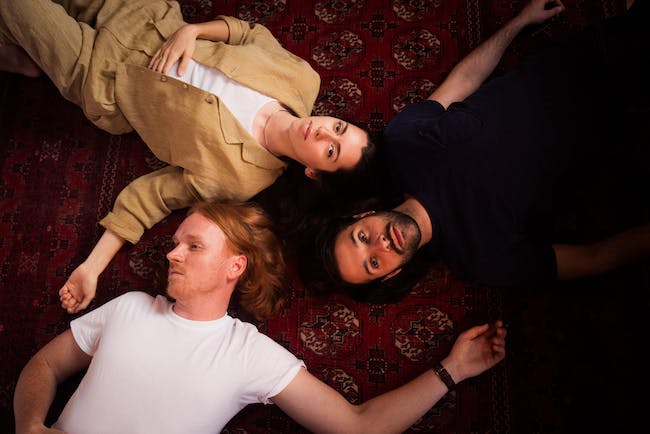 Go Missing In My Sleep.

their first recording by instead letting the band’s essentials - drums, bass, guitar,

and vocals - have centre stage. In the album’s opening moments, you might hear a

knotted wash of guitars and Wilson softly humming, for a very brief moment

returning you to their dreamscape but sharply, a driving rock rhythm comes into

focus and so too does a revitalised band.

"Making this record was somewhat of a coming of age process,” Wilson

Although Wilsen haven’t lost their fragility entirely, on Ruiner they mainly use

riotous percussion section. Wilsen are moving with purpose towards something,

not away from it.

For Wilson, she’s moving towards self-acceptance, “I have an inherent

shyness,” she says. “I guess I'm acknowledging and finding a way with shyness as I

get older.” Throughout the record, Wilson comes to terms with her many sides

‘Feeling Fancy’, Wilson, with her distinctively hushed vocals overpowering the

declaration, “Quiet’s not a fault to weed out.”

When writing the lyrics, Wilson says that she trusted her instincts and “seized

whatever emotion was happening at the time and ran with it.” The songs, as a

result, are Wilson’s most honest; her openness is especially noticeable on the

record’s quieter tracks when Wilson is alone with her guitar; “I woke up in a life not

mine,” she murmurs on the spellbinding closer ‘Moon’.

But even in the loudest moments of Ruiner, Wilson doesn’t retreat into cacophony.

She maintains her vulnerability and beautifully captures intimate moments like the

“It’s so dramatic, isn’t it?” laughs Wilson about the title Ruiner. “Another option

was ‘Worthless’,” she jokes. But despite the air of melodrama, Ruiner aptly

characterizes the process Wilson and the band took to make their album: they had

to destroy the walls they built to reveal their authentic selves.

Cellist, singer and producer Laura Wolf uses live looping and glitchy percussive sampling to weave a penetrating world of sound. Having performed with various contemporary and classical ensembles, her sound has been deemed "beautifully immersive" and "distinctly enchanting" by Gold Flake Paint.